What were they smoking?
Totally old news but recently randomly discovered
Check out this Wikipedia entry about a superhero team known as Section 8. Note the altogether bizarre heroes.

The Walken
It has become a well known fact that Christopher Walken can make almost anything sound surreal and creepy/hilarious by reading it aloud. His reading of the Three Little Pigs (find it on youtube) is fantastic and Jay Mohr’s amazing impression as he reads Goodnight Moon on a Simpsons episode is in much the same vein. However; Mental Floss linked to this video the other day and more or less blew my mind.

The end of sleep: 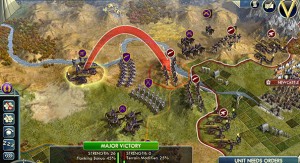 In a move that will unquestionably have a major impact on my study patterns as I complete my last term of school, Firaxis is releasing Civilization V this fall. CIV IV is probably the game that has most consistently caused me to look at a clock after what feels like a 90 minute session and realize that it’s 3am. Early incarnations were good, but IV, especially post-Beyond the Sword expansion was an addictively epic experience.

And now here comes CIV V. The CIV lovers among you will likely notice on the screenshot above that (in addition to some pretty amazing graphic changes) we’re seeing a shift to a hexagon-based grid for units. The keener eye will also notice a return to proper siege damage units. The changes go much deeper when you read further with units not necessarily dying off as a result of a combat, no more unit stacking and a complete revamp of how city fortifying works. I’m not certain, but it seems as if firaxis might be making a leap here that makes it a relearning experience for the hard core fans, but perhaps a bit more accessible to the new fan. I certainly think I’ll need to really adapt my playstyle for the new combat, but I probably should have done that already anyway. I’m certainly not going above prince difficulty on the first session though.

Also of note for those of us who hate fighting with Gamespy, it will be a steam game.