Decently early start today as we headed out of the Rotorua area and down to Tungariro National Park. After a quick breakfast we hit the road and got a short steaming bath in the appropriately named Kerosene creek. You can’t bathe in the main lake, but when the water was hotter than most hot tubs about a mile down the river you can understand why. We all splashed around for a bit, some of even soothed our rafting shoulders by hopping under the short waterfall.  Well worth the faint smell of sulphur that clung around us the rest of the day (at least to us, I can’t speak for the people we met.) 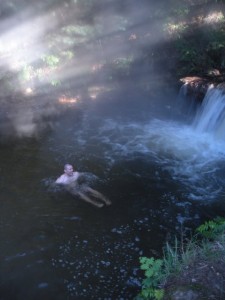 Our next stop was a lunch/supplies run in the lakeside town of Topua, Lake Topua is NZ’s largest lake and is a beautiful picturesque blue with large looming islands and beaches of pumice stone. Everyone on the bus took a chance to make a floating rock and some of us grabbed a pumice for skin uses. Just before getting to Topua we had a chance to take a look at Huka Falls. They’re very pretty, and the green colour of the water was so clear even from the substantial height of our overlook. Apparently they are also the main drainage point for the whole lake so it’s surprising the water is so clear.

For lunch I picked up a Chicken Satay sandwich on a Turkish bun that was absolutely to die for. I think we stop in that town on the way back to Auckland during our power drive at the end, will have to grab another one. I also enjoyed the sight of an old piston plane serving as a playhouse at McDonalds.

Once we were back on the bus we made our way to blue duck lodge. However we managed to snag a chance to do some low grade white water kayaking. Apparently this entire region was mostly given to returning servicemen as farmland, but most of it is so rugged that the small parcels weren’t commercially viable. These days a few farmers operate larger parcels, mainly sheep ranches and the like. One of these has diversified into making Manuca Honey, which is apparently so renowned for its teatree fuelled antibiotic properties that NZ hospitals coat burn dressings in the stuff. The amount of teatree growing on his land is a direct result of his conservation efforts of returning a large chunk of his land to a natural NZ state. His latest venture is this lodge and though tiny it was amazing, more on that in a bit.

More pics of this later, I only took the waterproof videocam on the river: 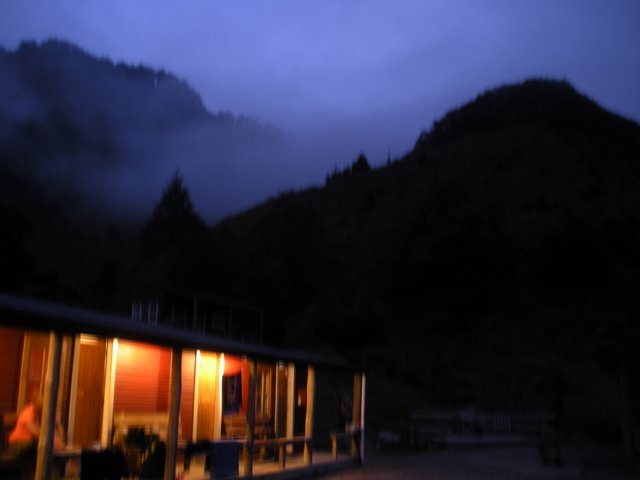 Those of us Kayaking were dropped off the bus in the middle of nowhere and made to climb down a 75degree hill before we found our Kayaks. Ali got us to get in and take a quick practice paddle and I was glad to see I hadn’t forgotten how to power stroke when needed. Our guides (when they showed) unfortunately explained that it had been a while since a rain so a few parts were quite shallow (my large bottom in my larger bottomed Kayak certainly found most of the rocks in the shallow bits) but that the rapids were still quite fun. I simply cannot describe how amazing an experience this was. Picture a relatively narrow canyon with a babbling river, the walls grow wider and narrower as new vegetation presents itself and waterfowl take off in fright every time you round a corner. Now add in a bunch of gushing runs through the rapids, including one fantastically fun big run that a few of us (not me) took a spill on. By far the highlight of the trip so far, made only better by the stay at the lodge itself.

We checked in to what was clearly a converted old farmers croft, a long narrow building with about 4 rooms with bunks for 5-7. All but one of the guests was our group. This lodge was nestled in between gorgeous green mountains in all directions,  accessible by a narrow barely maintained road (most of which we kayakers didn’t see until the next morning) and so silent and isolated you might as well have been on an otherwise deserted island. Most of the rest of our crew had gone to explore the hills on quads with the owner of the place, apparently he showed him his next lodge location at the top of a peak, essentially surrounded by valleys in all directions with a glimpse of the far off ocean. Would have been nice, but Kayaking was better. The rest of the afternoon was spent drinking our bevies round a fire, and trying out the doubled bladed axe tossing. I managed to put a few in reasonably close, but out of our group Patrick was the undisputed champion of consistence. After a fantastic dinner we all sat on the cafe deck and watched the stars, discovering some of the non southern cross south hemisphere constellations. Bed was quiet, and sleep nearly instant for all of us. 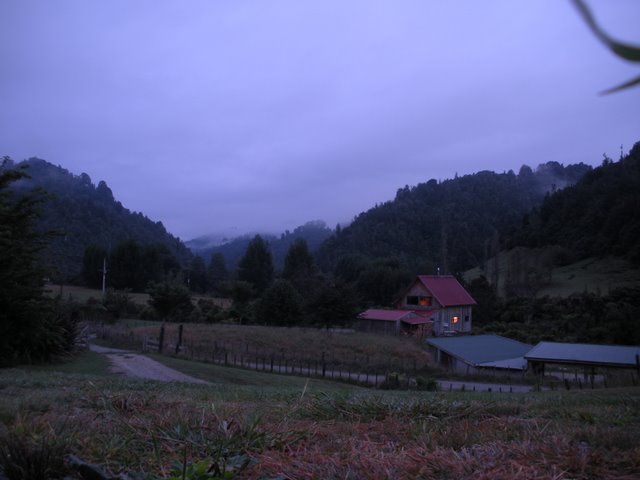 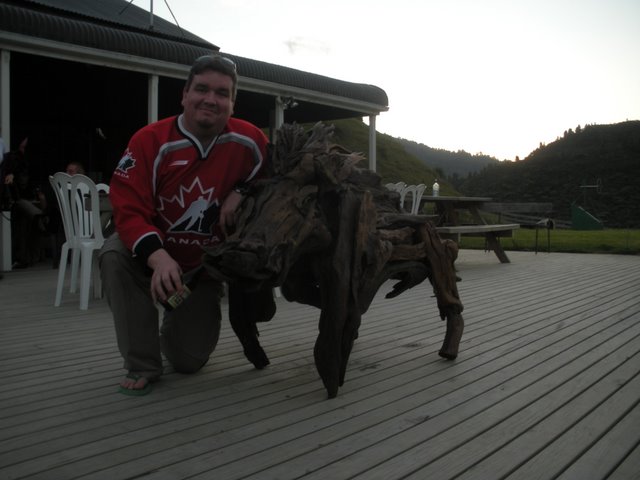 Next Post: AA:Day 6: Climbing a Volcano (or: How I almost died of a Heart Attack at age 31)