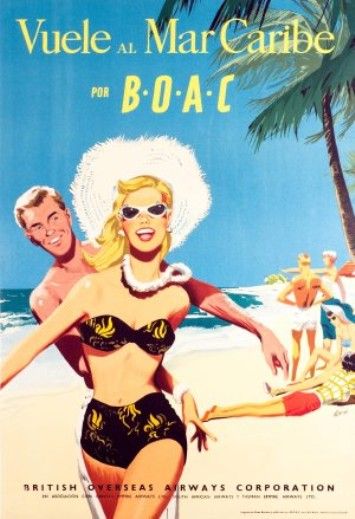 Cuba is an odd place. It’s a land of sun and sand but also a land of rules and regulations. It’s a curious mix of backwards and forwards, of old and older and of sudden hints at rejuvenation. There’s an air of anticipation (and indeed some fear) at the thought of another impending American invasion. While this one may bring investment and renewal many wonder if Cuba will ever really be the same again. This travelogue encompasses my impressions as a first time visitor (and longtime travel junkie,) some contrast/comparisons from others as well as a pretty lengthy diatribe against Sunwing Vacations with whom I hope to never travel again (part of the reason for the delay on posting this is my ongoing complaint submission with them.)

Arriving in Cuba is a different experience than most other holiday destinations we Canadians seem to frequent. It was dark when we arrived but even seen through the window of our 737 the airport looked very old/communist derived to me. It reminded me strongly of some of the train stations I’d visited in eastern Europe, and impression only reinforced once we’d deplaned and gone inside. Thanks to Sunwing’s ludicrously tight flight scheduling we arrived fairly late into Varadero itself. We deplaned to the tarmac then walked across, up two flights stairs and across a jetway into the terminal only to go back downstairs. (I’d originally thought that because we were late our jetway was in use, but in fact when departing we left from one that wasn’t in use when we arrived.) The warsaw pact vibe was reinforced inside as we passed a number of revolutionary slogan posters before even reaching the arrival hall.

Unfortunately (thanks Sunwing!)  our late arrival (and I suspect that of another large plane) made the arrivals hall into a packed cattle yard. You know the queue system(s) most sensible airports have to ensure immigration control moves along at a reasonable and fair pace? Not so much here. Let me paint you a picture…

You arrive at the bottom of a flight of stairs, to your left and right stretch a guide rope parcelling off the front section of floor for some unknown purpose. On the other side in the distance is a wall made up of individual customs booths. In front of each booth opening stretches a line of 50+ weary looking tourists. It’s instantly clear that the line is moving at a snail’s pace and indeed many people are sitting on their suitcases and fanning themselves (it may be midnight local time but this is a huge mass of people and there are no air conditioners.)

Back home sitting at our gate we’d become aware of a very hilarious group of Portuguese people. There were at least five of them, all seemingly in the same family, all (I’d guess) over 50. They were loud. VERY loud. One particular seemed beyond bitchy and would begin violently gesticulating and shouting every few minutes. Even the normal conversation was at the volume you would expect from a three year old tearing around a McDonald’s play area. This became markedly less entertaining as they were seated near us in the plane and started up again. It became beyond tiresome as they ended up immediately behind us in the customs line. They simply did not shut up ever and the yelling grandma got increasingly shrill. As someone who speaks French and some Spanish I think I found it especially grating as I could understand words and phrases here and there but it was just on the edge of intelligibility to me. It took everything I had not to turn around and shout “INSIDE VOICES PLEASE” at them. Adding to their annoyance factor was the two women leading the group who seemed to feel that unless they were pressing right up against us the line wasn’t going to move. I lost count of the number of times I was smacked by the woman’s sharp tote bag and it eventually got to the point where I stuck out my elbow a little knowing that eventually  she’d smack her head on it… (sure enough.)

Before we’d left my mother had warned me that Cubans are big about obeying the rules and often had arbitrary and stupid ones. I got my first taste of this as we waited in line as some poor Quebecois had the gall to go to the restroom. Upon emerging he made to cut under the rope line and head back to his spot in line with his wife and child. You’d think he’d pulled out a gun based on the shriek he got from the people dressed like nurses who seemed to serve no purpose at all. He was called back, berated in Spanish and made to walk the twenty feet to the gap in the rope line, then back down as though it made any difference (as mentioned the rope seemed to merely define the area that wasn’t the bathroom area… he was in no way inconveniencing anyone.)

Inevitably we’d chosen the wrong line at customs (we always do) and the processing was taking eons. There was little signage and indeed no clue why some of the people we saw that go into the booths went in groups and some solo. It turns out that if you have dependent children or a senior in need of aid ONE adult can go with them. How you are supposed to know this I’m not certain. In the end we chose lines so poorly that not only did everyone (probably 60 people) in line before us move to other lines and get through first, but in fact we ended up among the last 10 people processed in the entire queue. Our customs lady was beyond bitchy. I get that you hate your job miss but don’t mumble into your chest as you type and expect me to hear you while  standing against the far wall so you can take my photo. I was yelled at for:

Eventually cleared I found myself in yet another queue, this time for a security style metal detector. I suspect this one is mostly focused on not bringing in military grade radios and sat phones (though a lot of the things people claim you can’t take are myths) but with the amount of attention they were paying to the screen I could have brought anything in. It was very clear this was the end of their shift and in fact I ended up having to call them back to actually move my bag out of the machine.

In the end by the time we were parked on the bus we were fully 3 hours behind where we were supposed to be. Half the bus had grabbed beers from the hawkers outside the door (at a ridiculous markup) and it was a boisterous crowd of unfunny drunks that pretended to listen to the tour guide spiel as we headed out to Varadero. The young university student giving the intro guide talk was kind of hilarious. Her English was quite decent but for whatever reason she’d obviously used the words “well so you know” as a memory phrase so as she finished each memorized paragraph she’d revert and every single new paragraph went something along the lines of: “Well, so, you know, the oil industry is very important in Cuba…” Unfortunately due to the hour my first impressions of Cuba (non-airport division) were of a few poorly lit towns, a few spots with waves crashing that promised great views in the morning  and stop after stop dropping people off at hotels that weren’t mine. In the end it was after 2 am when we finally staggered up to the front desk of our hotel and tried to check in only to hear some of the most dreaded words in travelling: “I can’t find your reservation…”