The Chao Phraya river winds through most of the oldest parts of Bangkok and has a variety of different boats running on it that one can take. Not only did this seem like an interesting way to see an older side of the city but it was also the quickest way to get back over to where I’d been the day before and join up with the more modern transport system. 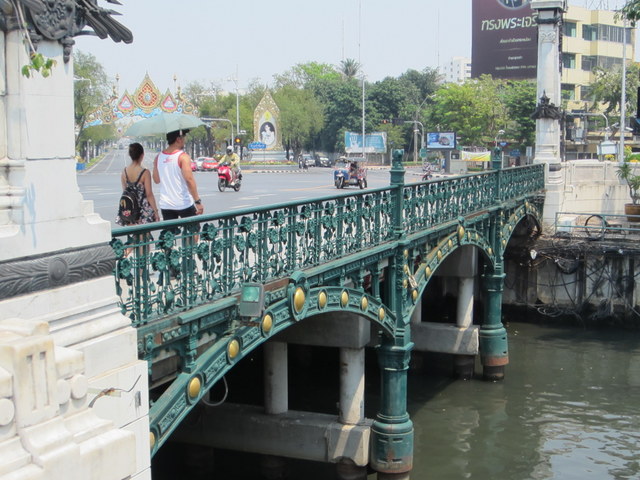 The nearest dock was only about a five minute walk from the guest house and boarding the packed passenger ferry was an experience in itself as a small horde of locals and tourists clambered into a space that was already what most people (and safety officers) would call full. The journey along the river was definitely a different side of the city. Once upon a time Bangkok was apparently the “Venice of the East” due to canals everywhere, people living in stilt houses, floating markets (most remaining ones are just tourist attractions.) Most of the canals in Bangkok proper have been filled in, or paved over and turned into roads or in some cases are seemingly the foundation of the modern sky train. On the river proper there are still a few hints of that past as there are a few canal boats puttering about. More common are the various small commercial boats puttering around or the narrow long tail boats running commuter or charter routes around the city. 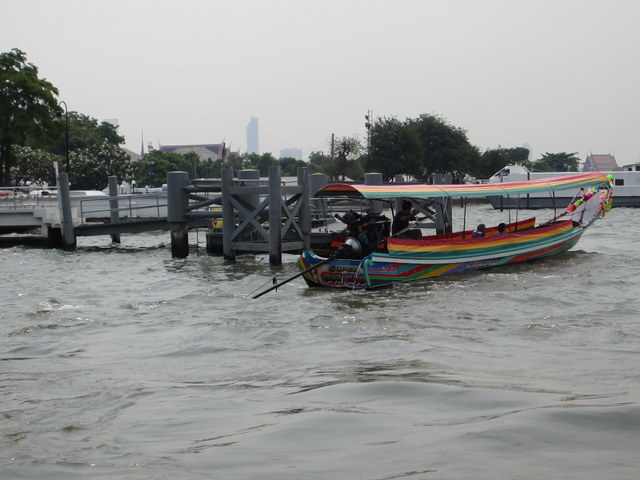 Along the way to my destination were a couple of great old buildings including the old customs house which is apparently due to be restored after having been let decay really sadly and the legendary Mandarin hotel. The crush of folks on and off at every station and the ear cutting whistle of the dockhand signalling to the driver made it not exactly the most relaxing ride. It was definitely worth trying once but if I was doing it again at the busy time of day (and going to a dock it serviced) I would probably spring for the astronimcal 3x the price commuter boat ticket for less crowds (a whole $1.50.) Not long after that we reached the central pier and I was able to transfer over to the sky train to head to my destination of the weekend market at Chatuchak park.

This market is absolutely insane (and is apparently the world’s largest) with stall after stall after stall as far as the eye can see. I thought Bangkok’s chinatown was overwhelming but this reached an astonishing new level of crazy. Every terrible t-shirt from Khao San, every sort of food you can imagine and all sorts of other nonsense. Sadly it’s also a center for endangered wildlife trading but apparently the worst of that has been pushed underground a bit more. 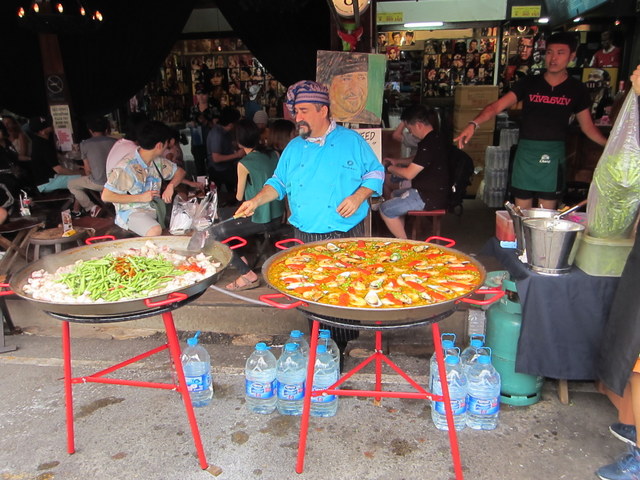 After poking around in the market for a couple hours and probably seeing at best 20% of it I ended up in the park nearby for a check in with the parents and some Pad Thai. Even pounding back a lot of water the heat was taking a ton out of me so before it got much later I headed back to the big train station via the subway to book my train/bus combo ticket south to Phuket for a few days later.

Old Bangkok is bizarre on so many levels, particularly the complete personality shift between night and day. Leave your hotel and walk around during the day and you’ll find large chunks of the sidewalk taken up by vendors be it of cooked food, fruit, drinks or even clothes. Come back a few hours later and they’ll all have packed up and many of the vacant looking storefronts they were obscuring are now open and have revealed quirky little bars, noodle shops or elegant little restaurants. So much is hidden where you least expect it. Walk down an alley barely wide enough to squeeze through and at the end you might find a cluster of shops or a hotel that looks nice enough one wonders how they survive being so impossible to find. Honestly it’s fascinating. 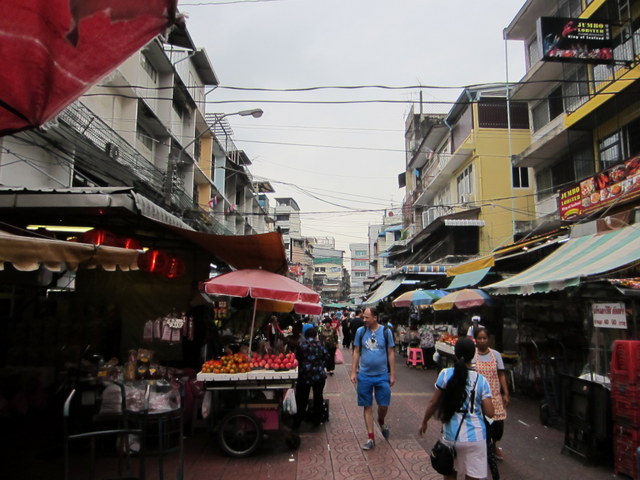 I was (gasp) ready for a non-thai meal for dinner that night and asked in the lobby if anything nearby was recommended. The one lobby person who spoke quite good english said woodfired pizza at a place around the corner. While I was upstairs having a shower i took a quick look online and the reviews were pretty decent as well…
…What a mistake. The reviews must have all been from Australians. Rubbery cheese (which I can forgive to a point since good cheese is expensive in Asia) goops of super bland sauce and toppings done as basically a teaspoon sized scoop in the center of every slice. Also I’m not sure they really understand the point of a woodfired oven as the crust tasted as though they were keeping the temp all wrong. Never pizza in asia, should have known better.

Still good things came out of it as I went back via a different alley and found an interesting cocktail van! then ended up checking out a board game cafe I stumbled across and played a couple rounds of King of Tokyo with a very weird welsh couple before heading back and crashing for the night.

Next Post: A show with everything but Yul Brynner