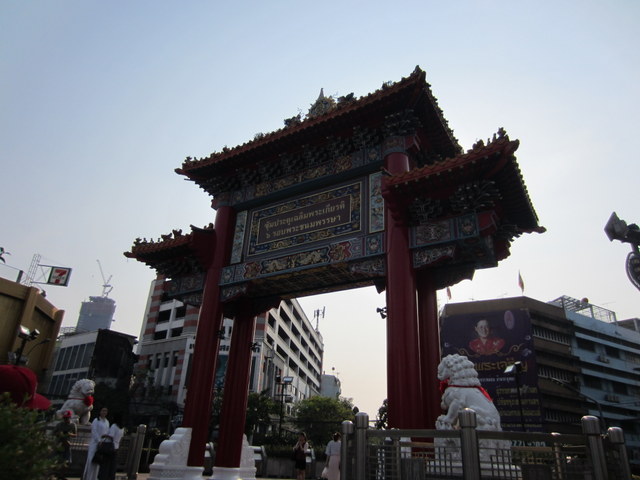 According to a book I was reading the old way of greeting people upon meeting them out was thai for “have you had rice yet?” Really appropriate given Thai folks are a snacking and grazing people. Everywhere you look in Bangkok there are people eating noodles, grabbing something on a stick from a cart or chowing down on a bag of fresh mango chunks. Needless to say I’ve been diving into this culture headlong but as a longtime devotee of Thai cuisine I wanted to take at least one cooking class while I was here as well and this, my last (for now at least) full day in Bangkok was the day. 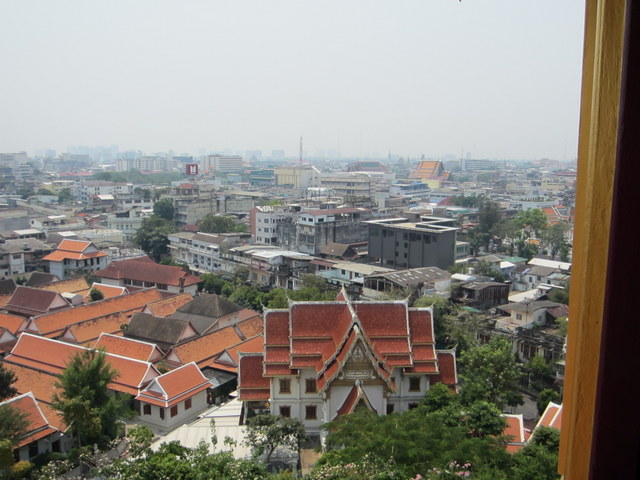 What a beast of a day too. Heavy humid skies, hazy with smog just radiated heat in punishing waves. I didn’t want to waste the day just waiting around for my evening cooking class to start though so I set out with an extra shirt and water bottle to check out the golden mount. It’s a buddhist shrine built into a hill formed out of a collapsed construction project from centuries ago. The appeal was mostly in the view from the top though part of me really wished I’d chosen a cooler day. 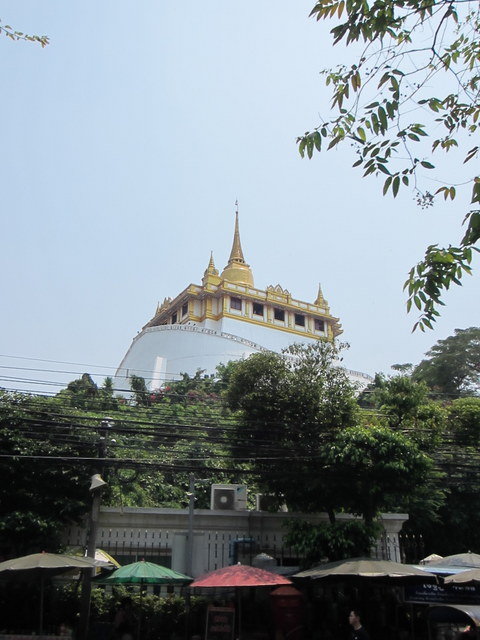 Part of the problem with being a tourist here is that the old town is more or less completely cut off from the modern transit systems. The two skytrain lines completely ignore old Bangkok and most of the west side of the river and the metro covers much of the same area though does at least sort of reach chinatown at the main train station. Unfortunately that leaves you either cabbing it in the old town or trying to make sense of the bus schedule which requires some sort of rosetta stone. Thankfully cabs are cheap and good as long as you can communicate where you want to go. 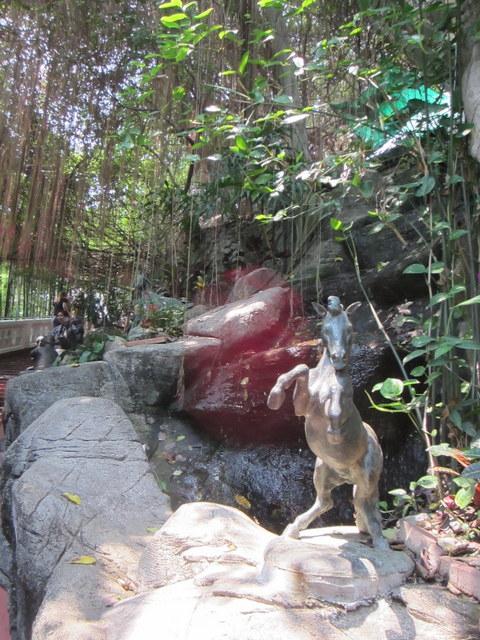 The “cheap ass backpacker” in me still refuses to use a cab even when it makes sense though… like say when it’s +35 and smoggy and you have issues with heat stroke? Idiot. In the end I ended up wandering about 5 or 6kms through the heat randomly sightseeing and waiting for an appropriate time to head over to the cooking class. I’d been warned to watch out for the rush hour traffic even though it was sunday and sure enough (though I wasn’t stuck in a cab) I could see the streets were as full of traffic as ever… despite 90% of the businesses I was passing being closed in the downtown area.

In the end I sat down in the subway station with a cool drink and was pretty quickly shivering since Thai public transport pretty much always has the AC turned up to near sub zero temps. Still probably should have hopped a cab at some point earlier.

Truth be told though, in the end I’d have had to walk the last bit either way. The directions were entirely set up to walk there from the nearest BTS station and involved a bunch of “turn left at X, follow alley Y” type maneuvres. It turned out to be situated in a narrow house on the narrowest of lots in a weird residential area surrounded on all sides by high rises. It was also clearly run by a cat lady as all the decorations were cat themed, cats roamed the grounds outside and could be heard meowing as we worked (and I suspect got the leftovers.) Even the lockers provided for our stuff had keys attached to big stuffed cats.

Unfortunately getting a slot in an evening class meant that I missed the “trip to the market” portion of the cooking class (though we also got a discount to make up for it) but our instructor Joo laid out all the ingredients and talked about flavours well enough to make up for it in my mind. My group consisted of yours truly, a spanish couple named Andreas and Kathie and another couple one from France one from Macao named Romeo and Vanessa. We started out in a small classroom with some material to read while the others arrived but once ready we were whisked into a seperate room where all of the ingredients for the night were laid out beautifully. 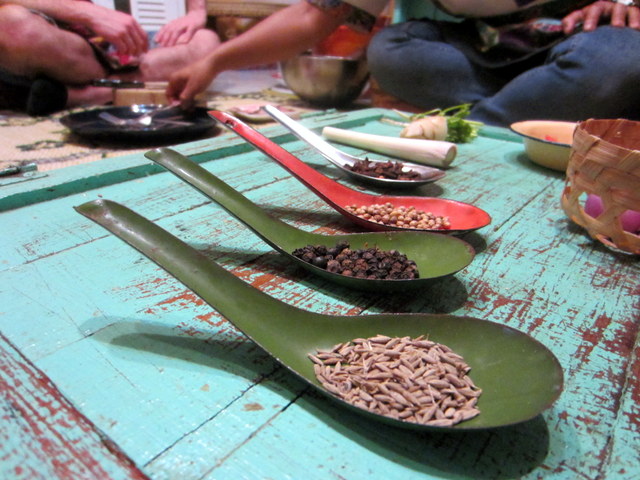 As most of you know I’ve done my share of thai cooking but it was amazing to get to see all these ingredients fresh. For less than the price of a good thai meal back home we got to make/eat a five course meal with the freshest ingredients. On this day the menu was: 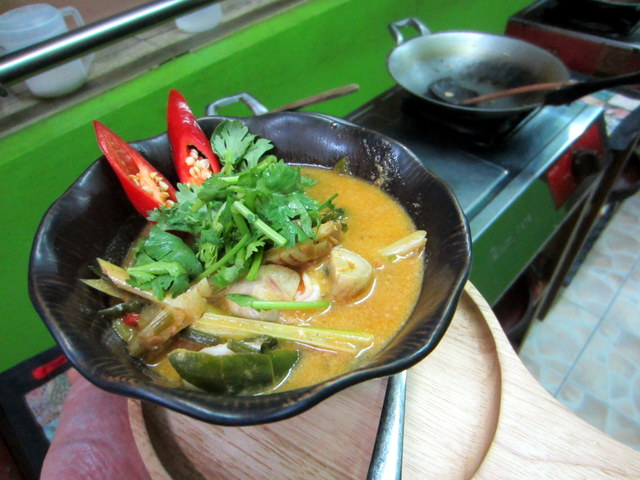 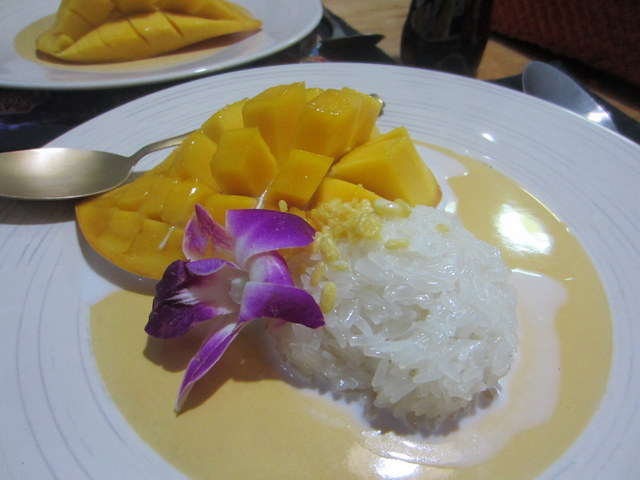 Everything was phenomenal. We each either helped with prep (making the coconut cream/milk and curry paste communally) or prepped our own items for a recipe on our personal cutting boards. Once the mise en place was all set we’d head out onto the balcony to a row of woks and make our personal serving. As each course was finished Joo would send us into the eating room and we’d all devour every bite before moving on to the next step. Definitely one of the highlights of the trip so far. 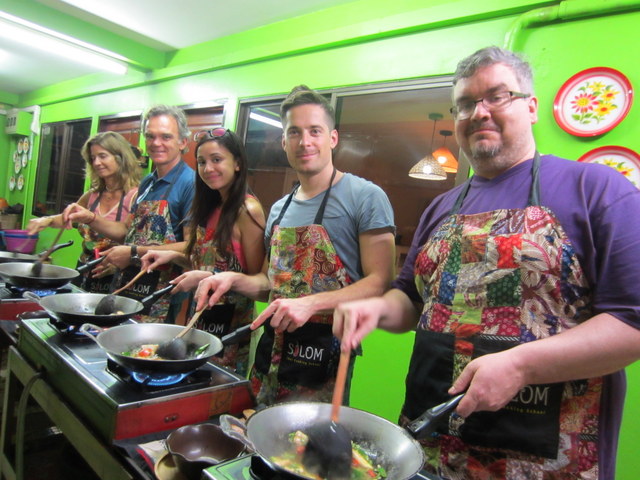 Romeo, Vanessa and I being the younger folks (and those who spoke English better) definitely hit it off and I wish I’d been staying closer to them so we could have gotten a drink but they were leaving the next day and so was I so I said goodbye and hopped a cab…

Have you ever had a scary cab ride? One of those “this guy is a maniac, I’m glad the seatbelt works” moments? Maybe in Mexico? Cuba?

I got Steve McQueen from Bullitt, or Jean Reno in Ronin. Bangkok is a pretty much entirely flat city but this guy got air a couple times including all four wheels in the air off the bump of a canal bridge. At one point I saw a sign flashing 30 urgently for his attention and checked his speedo to see it firmly at 80. Every cabbie in Bangkok seems to feel lanes are only a suggestion but this guy would dive into all four lanes on a street at times to get around the tiniest obstruction (yes, including both oncoming lanes.) Since I hadn’t just robbed a bank it seemed somewhat excessive.

But hey, it was a cheap ride!