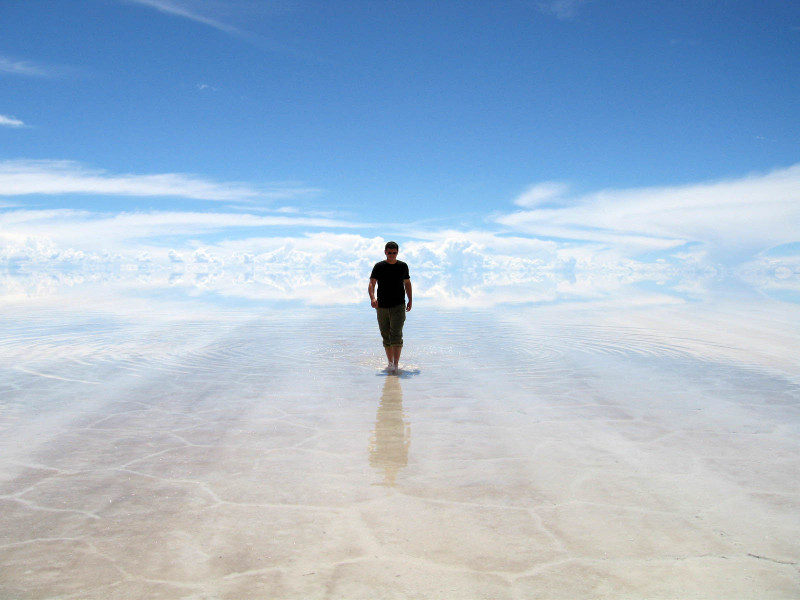 Some of you may remember the video that’s been floating around the internet forever of the guy dancing in random places around the world. His name is Matt and he’s actually just released a new one (available on youtube or via his site.) For most internet videos the story would end there but in browsing his site I’ve been enjoying his travel journal.

From his earlier trips running cheap across Asia to his ascent up Kilimanjaro and even in his more recent journeys sponsored by Stride Gum his travel stories evoke vivid images of far off landscapes. Most of us won’t get to dance with penguins in Antartica or with the Moai on Easter Island and it’s nice to get to live vicariously through those get to see these awesome places. Matt firmly denies that his dancing videos had any purpose or message other than being silly in the first place but one can easily find several. Yet despite these claims I’d argue that his message has become a mantra about the importance of not only living vicariously, to get out and travel more. He quite consistently brings up the fact that young people elsewhere around the world constantly get out and travel yet he’s always receiving emails from Americans asking how he did it. I’d throw Canadians into that mix as well though I think in general we’re slightly better about leaving our home territory (though generally staying within Canada or the NAFTA area.)

And so, what apparently started as a site to keep family and friends apprised of his current location on his first trip years ago now comes across as something more. It’s a blog that follows his sweet new gig as a globe-trotting gum-endorsed “bad dancer” but also a springboard for people to see these beautiful images and great stories and hopefully say… “Man I’ve got to get off my ass and see the world.”

Learning about other people and places should be on everyone’s to do list. I won’t get into the whole one world one love hippy bandwagon but I do firmly believe that the more experiences you collect the richer life you’ll lead. Unfortunately I haven’t gotten to travel as much as I want to but a decent backpacking trip is on my radar for post-graduation. Step one is a tour of Cornwall this summer with some time in London as well.

In any case, there’s absolutely no excuse for having never left your home province or state. At the very least buy a cheap tent and a sleeping bag and spend a week driving in a random direction with a AAA guidebook of campgrounds.

I wholeheartedly encourage you to check out wherethehellismatt.com and start from some of his older trips and follow his journeys. Try as I might I doubt I’ll ever swim with whale sharks in the Seychelles but I really enjoyed reading and seeing the pictures.
I leave you with another picture of one of my favorite moments of his trips: The salt flats near Uyuni, Bolivia.

Awesome, If I had a Million Dollars, Link, Travel