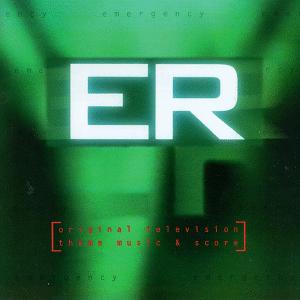 In 1994 I was a geeky 10th grader making his way through high school and trying to decide what to do with his life. I was on the verge of making some serious mistakes regarding romantic entanglements that would haunt the next 5-10 years of my life, I was coasting through school without having to make much of an effort and I was discovering the person that I would become. And on September 19, 1994 a TV series premiered that would influence my life for the next 10 years… that series was ER.

More after the break…

I missed the first few episodes as I started out watching Chicago Hope (yes, 2 medical dramas set in Chicago hospitals premiered in the same year,  that was the 90’s for you) convinced it was a better show. ER didn’t win me over until a one night marathon of some of the early episodes around Christmas. The style was a bit erratic for the first bit but quickly found its footing and a firm place in my heart. The early years were lauded as extremely realistic (minus a few caveats, full trauma room masking quickly went by the wayside) and from my time (and the time of friends) working in and around the ER and Surgical floors I would certainly agree. The show conveyed genuine emotion and a sense of the frailty of life to its viewers. You understood that one moment of bad luck could bring you to a very similar place with similar injuries and perhaps gave you a window into just what the people treating you were feeling.

By the time the second season rolled around I had started to seriously consider med school and surgery as a specialty. Ironically (if you know me) I decided against this mostly based on the fact that I didn’t want to be in school that long. Regardless, it was a strong influence from ER that convinced me that my future was in science and gave me the interest in medicine that led to a part time job working for the Medical faculty.

As I got older ER continued to be a weird sort of showbiz mirror to my life. My favorite characters would go through similar crises at the same time as me, often with similar results. This effect would end up peaking with a crushing storyline where Mark Greene loses his father to lung cancer.

That same year I lost my grandfather to lung cancer. I’d pleaded for him to stop smoking for as long as I can remember and, to his credit, he very rarely did so when I was around. My grandfather was old school though, and would do most of his handyman work without a mask. In other words, it’s hard to tell if it was long term exposure to asbestos and plumbing fumes or simply all those pre-job, post-job and job-in -progress smokes that did him in. Much like Mark’s dad, who was seen in the garage using a lathe while on oxygen at on point in the series, my grandfather was an incredibly active soul and watching him lose his battle with cancer was both unbearably swift and agonizingly slow. 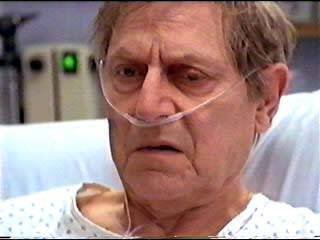 ER helped me through it though. I wept unabashedly every week as I moved through the stages of grief (I still break down at a few of those episodes when I watch the DVD’s or catch that episode in syndication) Having the show as an outlet for my grief, to feel there was someone going through the same thing, fictional or not, was a lifesaver for me. Much like the characters, I never really felt like my grandfather totally “got” who I was, but to this day when I accomplish something that I think would make him proud I always think: “that was for you Grandpa.”

Oddly enough, I met one of my current closest friends right around that time and she has a nearly identical story, we’re even fairly sure that they were in the same palliative care unit at around the same time. She had the same reaction and still watches that episode arc every year around the anniversary of his death. 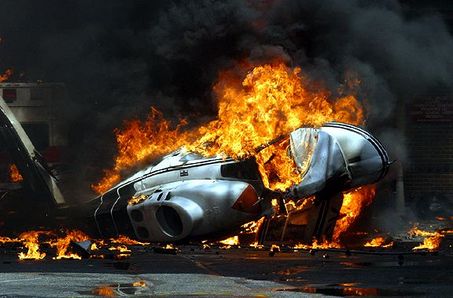 Much as I loved the show, like many others I began losing interest after Anthony Edwards left at the end of season 8. In the following years the writers changed and  seemed to lose the ability to write for the characters, things became more soapy and every female character started slowly but sure sleeping with every male lead on the show in turn (except for Kerry Weaver who becomes a lesbian out of nowhere, why they didn’t just make one of the new doctor’s openly gay is beyond me.) In particular Linda Cardellini’s Sam Taggert character deserves the Miles O’Brien Memorial Award for being fucked around by the writing staff. After the infamous helicopter death scene for Romano I more or less gave up on catching every episode, though I tried to tape it (or later, download it) and catch up later. Eventually I just gave up, the episodes featuring Leguizamo being so distasteful that not even a Stanley Tucci guest arc dragged me back in.

I caught up on season 15 around Christmas and watched the last 10 episodes or so as they aired or very soon after. While not up to the 1994-2002 era episodes, they did manage to dance back from the edge of soapy ridiculousness a bit and produced some great television. I read a profile of the last few episodes that said they were content to leave the outlandish crap to Grey’s Anatomy now, and thankfully they it was true. If you were a fan of the show in its glory days you owe it to yourself to check out the last season, I imagine it’s fully available online on HULU for you lucky American folks.

The finale was not a fireball of stupendous excitement, but a quiet statement that the world of ER is continuing as it always has. New doctors may “set the tone” but they continue on with the same dedication and mild insanity that we’ve loved for 15 years. I especially liked the touch of Rachel Greene coming back and perhaps starting as a medical student that fall (incidentally ER writers, that’s really not how medical student interviews work). How about we take 10 years off then reboot the series with Rachel as Chief Resident and a completely new staff otherwise (maybe a few of the same background nurses still around, Chuni? Haleh?)

Sadly I left my DVDs back at home, but something tells me I start a season 1-10 run when I get home if I can catch a 3 for 2 TV series sale to fill in the last couple.

On a personal note, I’m over the flu of doom and should be back to writing a bit more.

Next Post: I’m guessing you have to totally cut yourself off from high school friends to pull this off