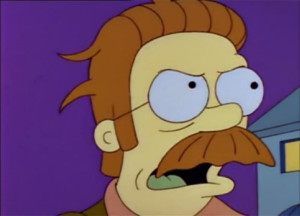 He was a zombie?

So much for that “I should be back to writing more soon” comment eh?

A lot has happened since I last deposited a rant on these pages. All that studying up paid off (not really) and I got a new IT based job here in Winnipeg. It’s not really in my wheelhouse sadly but is at least a good paycheque with good security/benefits and a pleasant team to work with. Unfortunately being in the first year of my contract has put somewhat of a damper on my wanderlust since I don’t officially get holidays for another couple months.  I sadly haven’t even been able to fit in a long weekend in Vegas this year.  Bummer… still, I suppose we all have to pretend towards adulthood once in a while.

While part of me has been off being an adult the creative side of me has somewhat languished. I have had an itch to write for months now but simultaneously a bit of a creative block.  Part of that was fatigue, adjusting to a 40 hr/week job and the accompanying commute has been… unpleasant. Another is the relentlessness of this winter. For those not in these parts Winnipeg has been making up for the past few years with an absolutely brutal succession of snowstorms, sub -30 days and howling winds. Aside from the direct impact on our morale it has also made the commutes here absolutely brutal, not aided by a new snow clearing contractor whose plow drivers have seemingly never scraped a street before.

Every single bit of advice I’ve ever seen directed to writers starts with one simple truth: “Write more.” I know I can be a good writer when I’ve been churning out content. Work things, my travelogues, even school work all improved with volume. As a result I’ve made a promise to myself. Write more, even if it’s a couple hundred words a couple times a week. Some of these scribbles will likely show up here, some on Full Spoon Rising and some will no doubt be locked away where no one will ever see them. In my current world of server recycles and db maintenance I want to keep that creative spark alive… no matter how dim it may get.