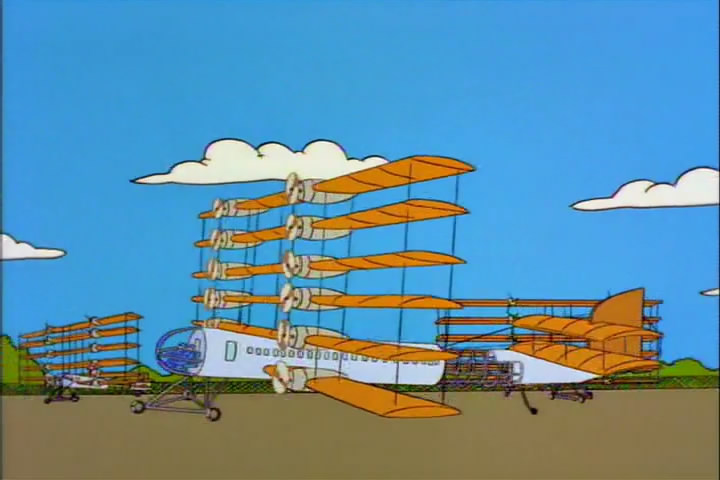 Airports bug me, they always have. I’ve never been one for enjoying the departure or arrival process. Mostly I think the issue is one I have faced with any large gathering of people. I have a pretty low tolerance for stupidity and lack of forward planning. This unfortunately manifests itself in a lot of ways with regards to air travel. For example:

This 30 seconds here and there may not seem like a lot but it all adds up. It’s the willfully ignorant that consistently ignore all of this that cause us all to have to get there 2-3 hours before our flight.

Number one rule of air travel: HAVE YOUR SHIT READY!

Reading this article on plane loading brought to mind my other pet peeve though. That loading process is always such a colossal clusterfuck and whatever the airlines do it’s the morons back in coach that make things worse. First we load the first class people, the old and infirm and those travelling with small children. You know what I’m fine with that, provided that…

The rest of you? Sit your butts down. Here’s where the airlines need to do more. Literally the only valid reason in my mind to want to board NOW NOW NOW is to make sure you have somewhere to put your luggage in an overhead bin lest you have your feet crushed by it, or worse have your valuables get the Air Canada treatment.

Here’s where the airline has to do their damned job though. Your carry-on is legally required to fit into that little cage shown at every gate and before you check your bags. You’re also allowed another small item of carry on (such as a small purse, a camera case or a lunch bag) which I believe has a max size less than half of the bigger one. Airlines, please start enforcing this when someone is clearly and egregiously over the limit. Business travellers, I get it that you’re trying to avoid checking your bag but your wheelie bag is clearly double the limit and you have a laptop bag as well that barely meets the carry on definition. Women, a canvas tote bag the size of my parka is not a purse, you’re not fooling anyone. If you’re flying on a regional flight within Canada or a small charter to Vegas you’re not going to be on a massive plane, there isn’t the overhead bin space for you to take up 2/3 of a bin just for you. I know you’re a precious snowflake and all but you deserve a smackdown.

Unfortunately people are paranoid about these space hogs, especially if you’re on an older plane or something small like an Embraer or CRJ. As a result we have people that clearly ignore the row numbers called, or who hover and rush the moment they’re able to. I just don’t get it. You’re already going to be sitting for hours, do you really need a head start? All you’re going to be doing is standing in the aisle waiting for some unprepared moron. I say it again, have your shit ready. I always have a small bag with my headphones/ipod, my book, a pen and whatever snack I brought. This sits just inside my carry on, ready to pull out and slip into the seat pocket. Bag goes up top and I sit down. 10 seconds at most, 20 if it’s winter and I have to stow my coat.

If I had the telekinetic powers to smack offenders upside the head and a job that involved flying and enforcement I think we could streamline the air travel process by about 25% (more if I was able to teleport them back into the terminal if they were particularly bad offenders.)

Arriving at the destination is just as bad. I get the impulse to get up and stretch but really folks, we’re just going to be sitting here for 10-15 more minutes unloading. Settle down with the racing to the overhead bins, and please, why are you standing up all hunched over in the window seat for no reason? Guess what… even if I’m just sitting in my seat patiently waiting, you’re still letting me out when it’s time for my row. I’ve never been one to buy into that magical arrivals lounge bullshit as posited in Love Actually. Hell I’m not even on board with Loki’s appetite for the airport in Dogma. Air travel is a means to an end and nothing more.

Oof, that turned into a bit of a rant didn’t it? Overall the article was quite interesting. I’ve somehow never seen the Mythbusters episode where they investigate this stuff but it was quite interesting to read. It makes sense that the outside in method works so much more quickly but I have to admit that I’m one of the people who would find the Southwest method uncomfortable. I never like to force my broad shoulders on anyone on the bus for a twenty minute ride, to be forced to do so for a 4 hour flight would be super awkward. I also imagine it must make being an attractive woman travelling alone potentially super uncomfortable.

Air Travel, Common Sense, I should have telekinetic powers